RAF Inspired: Seeing the competitive side of creativity

Seeing the competitive side of creativity
By Rachel Spence

People gain inspiration from many things every day. Waking up to birds chirping in the morning light. Daily commutes with the rolling hills and the world flying by. Watching shadows being cast by the afternoon sun transform into something new every second. The various songs and sounds that fill the air from a Spotify playlist.

For me, inspiration can often be found in a more unexpected place. It revealed itself to me a few years ago. I was sitting, watching my daughter’s club volleyball team play. They were doing great but the score was super close. I found my heart racing in excitement as I watched the team compete for those last few points. Seeing my daughter with the look of determination on her face while standing at the volleyball net and waiting for the ball to approach. It approaches. She jumps, hands up. Block. She shrieks with excitement as the ball hits the floor. And gets ready for more, never giving up. That struck a chord with me. It’s a feeling like no other. Man, I LOVE it.

Competition, it’s something that I didn’t even realize I needed or looked for. But it definitely inspires many parts of my life, including my work. It’s not about winning awards per se, even though that is pretty cool. But coming up with the best possible idea or design. It’s a competition within myself. And the journey to get there.

Pushing. Defining. Reinventing. Another day, hour or minute. The discovery and perseverance to keep going until the moment when you realize you’ve arrived. There is nothing like it. That thrill and confidence in the work takes over.

Experiencing it as a team takes it to another level. It’s like watching my daughter on the court. That determination I see in her, I see in the creative team. Working with them. Helping to uncover ideas. Pushing it a little more. Until together you know you’ve won. Everyone feels it and that’s pretty damn sweet.

The path to a creative win is never the same twice. Sometimes it takes what feels like forever, other times it happens quicker. But it is always a competition to create something you love. And that is an inspiring journey that I welcome every day. 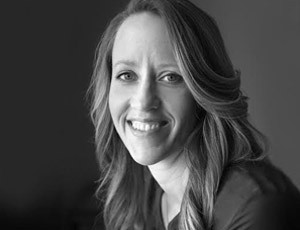