Media Mavens in the spotlight

“It was and is a fucking honor to be given this award.” Those are the words of Tracy Till, one half of the Butler/Till duo who received the RAF Silver Achievement Award this year.

Sue Butler and Tracy Till founded Butler/Till in the spare room of Sue’s house in Pittsford in 1998. Putting media first in all that they did, they believed that connecting to the audience in meaningful ways went beyond the visual and message of an ad. For an organization that focuses so heavily on the literal creative, this year’s Silver Achievement Award highlights two individuals who spent much of their careers focusing on the creativity in how those messages are delivered, and uncovering new communication platform and channel opportunities.

These two women have been a part of the Rochester advertising community for many years.  While neither Sue or Tracy were directly involved with the RAF during their careers, they have always been great supporters of the organization and the efforts we put our energy behind. In speaking with Sue, it’s clear the pride she has in the fact that B/T is a long-time member and active supporter of the RAF; “The work of the RAF is important to all of us in the Rochester advertising community.” Since Sue started with advertising in the late 70s, she states that she “could write a book on the changes she’s seen”. She’s glad to have witnessed the evolution of the industry in Rochester and the way that the RAF has been involved with those changes over the years.

For Tracy, she grew to love advertising through her father, who spent his career in the business. She recalls that being recognized at the ADDYs was “a sign of brilliance, a testimony that the work was “HOT.”’ She’s proud to see the ways in which the RAF has grown since those days. Whether it’s because we have more agencies today, or that they operate in a more boutique style vs. only large agencies from back in the day, it’s “cool.”

It’s probably safe to say that for most of us, recognition as a Silver Achievement Award recipient is one of the highest points of a career. So, what does it mean for these two ladies?

Sue reflects that it’s “Amazing, awesome, and candidly – a bit surprising. We all know that the primary focus of the RAF is the creative community in Rochester – and Tracy and I are without doubt “media chicks”.  The fact that the RAF chose to honor us with this award speaks volumes about the appreciation of, and respect for, the media discipline in our industry – and I love it!”

Tracy echoed similar sentiments, confused at first because the Silver Achievement Award has historically been a creative award. And as it set in, she was excited beyond words. “I was moved to think that the industry I love so much felt Sue and I were worthy of recognition. It was crazy cool.” It sums up all of the greatest successes of their careers – the good, the bad, and the ugly.

For those just starting out in the business, both recommend striving for the remarkable – “half ass never wins”. Never stop learning – embrace change and persevere. “There will be tough times, and you may be tempted to ‘throw in the towel’ but stay the course.” Above all, they encourage everyone to remember that the beauty of advertising is that it takes a team, it’s never a solo endeavor. Offer your help, ask questions, be a participant – don’t be intimidated by titles because at the end of the day we’re all human and we’re all on the same team.  Go out there and do incredible things!

Congrats to these two legendary women on their recognition as this year’s Silver Achievement Award recipients. 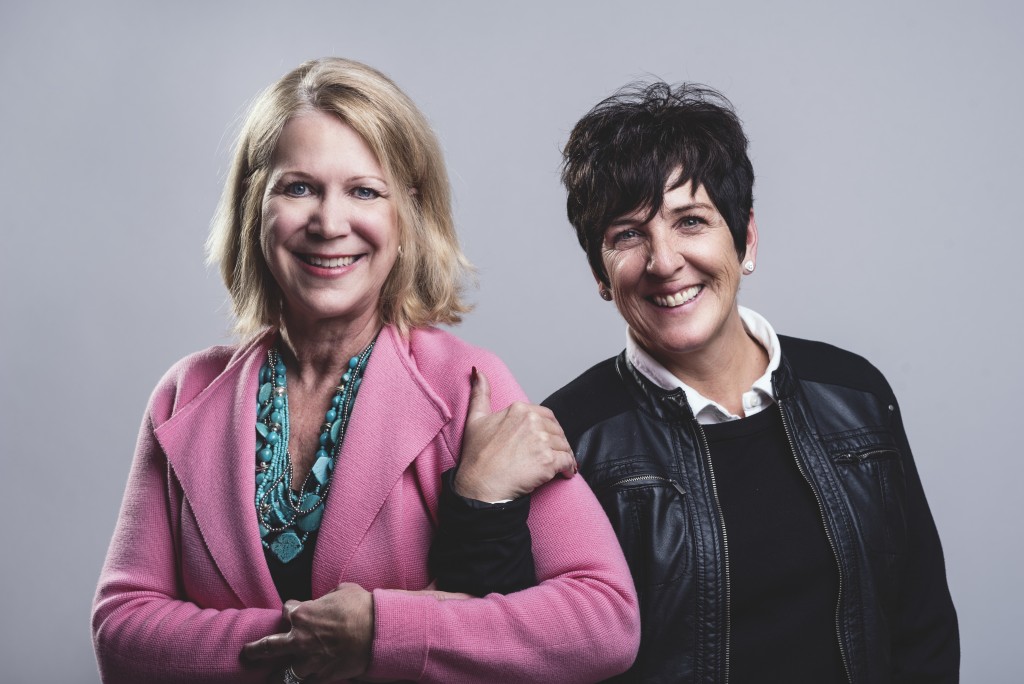