“Twist my arm why don’t you” is probably your first reaction. But if you’re a creative like me who has fun producing video content on a daily basis, life can seem like a vacation, and vacation can seem pointless. But one day several years ago when I was about to launch what is now Optic Sky Productions (this isn’t a plug this name itself is actually important to the story later), I asked myself a really powerful question:

“How will I make sure I’m always growing as a filmmaker and advertiser?”

I had felt that in the six months prior to that moment, I had gotten busier but not more powerful as a creative, and subsequently, I felt undeserving of being busier. Coming up was my first solo trip ever, destination – San Diego, and as all of us have felt before, I considered not going at all to keep working. Luckily in a ‘screw that idea’ moment, I went anyway. And so the story begins.

The first two days of this trip, my love for everything I was seeing, the healthy food I was eating, and the ridiculously non-nonsensical totally-not-Rochester consistency of beautiful weather, were all overshadowed by the stress and guilt of being away from my work.

I couldn’t believe myself.

Worse yet, everyone is San Diego moves so slow and is so chill, it was making me just want to work more. When I finally accepted I had a serious workaholic problem, I shut off my phone immediately. Then, I walked to the beach and looked around. Que the tense music beginning to change. This is the first time I was appreciating the experience of this vacation.

As the chip was lifted and the burden releasing itself, the tiredness hit, and for the first time in my life I laid down on a beach and fell asleep.

Waking up an hour later – all my senses fully present and totally pleased with the surroundings – something weird happened. I thought of my first original script idea in months. Then, I met strangers around the area at bars and markets and restaurants, and started having amazing discussions with artists, getting cascaded with inspiration, free of the stress of needing it.

But wait there’s more- a life defining moment back on the beach. While listening to some awesome tunes (another source of inspiration for me), this insane tourist with his camera backwards starts running down the beach past me. You might be thinking, ‘that guy is taking an awesome selfie!’ …He wasn’t. I told you already he was just insane. What he was doing was admiring and yelling about the optics of his lens while running down the beach. Ironically, the camera he was admiring was not being used to capture the most incredible sunset I have ever witnessed. Everyone else was looking at the sky and this guy couldn’t be bothered. Well, months after this and hundreds of potential company names later- you guessed it, the above name stayed stronger than any of them, because it represented a moment that meant something to me, all because I unplugged and decided to live life a little bit.

Since that trip I have vowed to always keep travel a high priority in my life, even when the destinations aren’t that exciting. I implore you to do the same. Even more, when you travel, live your freakin life. Do insane things out of your comfort zone and allow inspiration to take you over, because when you’re looking for inspiration to a forceful degree, it’s a lot harder to find it.

Talk to new people, do karaoke with a tough song, hike mountains that are harder than you thought to climb, take road trips with your best friends and make a wrong turn purposely, ride an elephant that’s riding another elephant! (the last one will be really impressive if you manage that, but gravity might be a limiting factor). We like to say imagination is the basis for creativity, but new life experiences can expand that imagination to insane new degrees.

Now go live life and become even better creatives in the process. 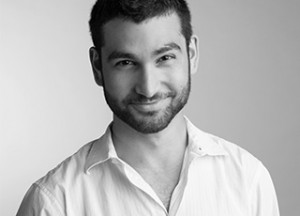