Kelly Feger is a Junior Graphic Designer. She grew up in Northern Michigan three hours away from the nearest city. When she was young, her classmates would go to her whenever they wanted someone to draw a picture. She began drawing trees, then dragons, and by the time she was in high school she was drawing people’s portraits. She wanted to be a graphic designer or illustrator, but her family was struggling financially, and they convinced her to go to nursing school instead. By her second semester in nursing school her mother became ill and passed away. Due to these circumstances, she left Florida (where her and her mother lived at the time) and decided to pursue her passions in the creative industry instead. She found a co-signer and took out student loans, moved to Detroit, and became a student at College for Creative Studies where she graduated with her BFA in Graphic Design.

Kelly has worked both in-house (generally for small businesses), and at advertising agencies (usually as a freelancer or contract employee). She has also done production work.

Research, process, concepting, ideation, and branding is what Kelly loves. But as long as she’s working with other smart people in the creative field, she is happy just to watch, learn, and be in on the fun!

What has been your favorite project you worked on in the last 12 months?

A WordPress site for a local painter. WordPress is a great, powerful tool.

What is on your playlist right now?

Who was your very first client?

If you could have anyone’s job in the United States who would it be?

What do you see yourself doing in 5 years?

I’ll know when I get there.

If you could make any broad change in the advertising industry, what would it be?

Who is your favorite brand as it relates to advertising?

Nordstrom “FASHION, turn to the left!”

Name someone who inspires you?

How did you get started in this business?

As an intern with a college professor, at his agency Group eX in Royal Oak Michigan.

What was your favorite project in high school or college?

Do you have pets?

Favorite Cocktail or thing to drink?

Where do you look for inspiration?

If you were stranded on a deserted island, what would you want to have with you and why?

My Dog, Star. She is so sweet!

Have you ever thought, “advertising might not be for me anymore?”

What’s the biggest professional challenge you’ve faced in the last year? How did you overcome it?

Earning people’s trust and respect. I try to accomplish this by seeking out smart companies and people to work with. Sometimes I get lucky, sometimes I don’t.

When did you decide advertising was your thing?

I was working for a small businesses (as the only designer or creative) and found it was impossible to grow and be at my best without the influence of other creatives.

Even Cowgirls Get the Blues by Tom Robbins.

Too many to pick from!

Have you ever been caught singing in the car? What happened?

YES! To Blind Melon’s “No Rain.” An elderly man was watching me sing it while we were stuck in a traffic jam. He was laughing so hard!

What’s your idea of happiness?

Knowing people who value creativity, respect me, and want to see me succeed—who want to see everyone succeed, together.

If you could choose one food to eat for rest of your life, what would it be?

Nachos, anything Mexican and spicy.

What do you do if you “run out” of ideas?

Take a break from my work and give my mind time to rest. Eat. Scour the internet for inspiration, create mind maps, mood boards.

What advice would you give someone who is thinking about getting into advertising?

Did you ever pursue other career paths?

What would adult you tell child you about growing up?

Follow your instinct for what you love most. Let your passion guide you, not your fears.

What’s an idea you had or project you’ve worked on that didn’t make the cut, but you hold dear to your heart?

A logo for Avanti Greeting Cards.

What do you think the Rochester ad scene needs?

Who inspires you locally?

Is there a place you like to go in Rochester to clear your mind and that inspires you? 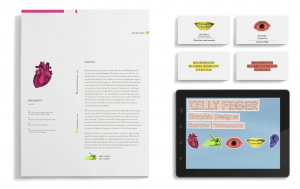 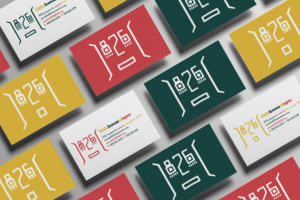 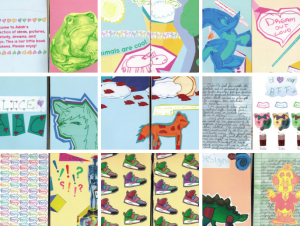 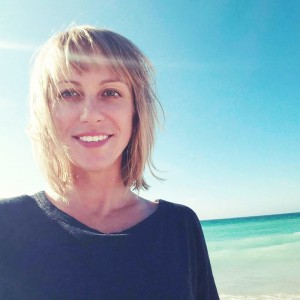