Michael Donohoe is a freelance digital marketing consultant, serving primarily as a marketing project manager and producer.  He runs a small consulting/advertising firm called Something to Say Communications from his home office and is currently a “solopreneur.”

Over the past twenty-five years, Michael’s held marketing and product management positions in companies including Lucent Technologies and other telecommunication providers. In addition, he has acted as a producer for healthcare companies including GlaxoSmithKline and ad agencies including Ogilvy Commonhealth, FCB Health, Publicis Health and others in the New York, New Jersey and Philadelphia areas.

Michael also has a passion for diabetes awareness and advocacy which led him to start A1C Wellness, The site provides vetted links to diabetes information on the web and serves as a starting point for his writing, speaking and other activities to do his best to help all diabetics,

What has been your favorite project you worked on in the last 12 months?
Launching the Fitch Construction site last summer. There were several years between the start of the refresh and when I came on board. In addition, improving the SEO, social media presence and adding SEM programs has made it an effective lead generating tool.

What is on your playlist right now?
I love listening to complete albums, so many songs from The Sam Roberts Band (from Montreal), Early R.E.M., Genesis Three Sides Live, and others.

Who was your very first client?
Unfortunately, I cannot say, but ever? Pallone for Congress. That was 1990 and he is still in office.

If you could have anyone’s job in the United States who would it be?
I would love to be a music producer, so let’s say specifically Mutt Lange as he produced the early Def Leppard projects.

What do you see yourself doing in 5 years?
Working, but on higher profile digital projects. Since I have been working on digital marketing for what seems, I have seen a lot and I love how it continues to evolve and integrate with other offerings.

If you could make any broad change in the advertising industry, what would it be?
This will get me in trouble, but the better handling of last-minute client requests. Attempting to get a team committed at 4 PM on a Friday for intense weekend work, without checking with the production team is setting up everyone for failure

Who is your favorite brand as it relates to advertising?
I love this question! Even though it is a bit insular, I love how Ogilvy has used the red David Ogilvy signature in much of its work. In the many agencies bearing the name, when you see that signature, you know who has done the work. It is nice that WPP hasn’t watered-down the specific brand.

Name someone who inspires you?
Okay, this will be two part. Straight up, my wife and my mother. These are my two biggest cheerleaders and critics. They keep me grounded and help me focus. Professionally, Chris Cullman of Ogilvy Commonhealth. We started as peers, he has always pushed me to grow and take chances, and his guidance on digital advertising is top notch.

How did you get started in this business?
I was a political campaign consultant and Xpedite Systems made $500k from the 1992 presidential candidates and they did not know how. They taught me marketing and their products, I applied my knowledge to their company and by 1995 we exceeded our goal of earning $7.2 million that year. I never turned back.

What was your favorite project in high school or college?
I was a political science and a history major as well. so I challenged myself and took on applying the writings of Mein Kampf by Adolph Hitler and his thoughts to how he built the Third Reich. Note that I do not condone,  and I abhor his actions, yet I learned early that line between genius and absolutely crazy was mixed. This jailed man took his time to align his thoughts, get them in writing and gained the support of a trusted circle and then the people of Germany. It was an amazing project to complete, but knowing the history, it is still very sad.

Do you have pets?
Yup…Whiskey Dog and Suzie Cat. Whiskey is an almost 14-year-old Australian cattle dog and Suzie is a 2.5-year-old tuxedo cat who is owned by one of my sons.

Favorite Cocktail or thing to drink?
For many years, it was Sam Adam’s Boston Lager, but nowadays, a Great Lakes Edmund Fitzgerald Porter makes me smile every time.

Where do you look for inspiration?
Primarily through music. It keeps me calm and focused, yet gets me going at the same time.

If you were stranded on a deserted island, what would you want to have with you and why?
The acoustic guitar my artist brother gave to me surprisingly over ten years ago. He created the inlays with the assistance of Martin Guitar. He passed three years ago, so it means more today than ever.

Have you ever thought, “advertising might not be for me anymore?”
Many times. Having worked in some of the big agencies in NYC and working all night, I have hit the wall many times. I went through a major health challenge (open heart surgery) a few years ago and I thought it was the end. I decided it isn’t.

What’s the biggest professional challenge you’ve faced in the last year? How did you overcome it?
When you work freelance as a producer, it can be very tough. Being completely result-oriented, I have seen way too many projects die. Especially after putting a lot of time into the preparation. It is tough to explain to a client they are minimizing the opportunity for future growth, yet only worried about the cost of investment.

When did you decide advertising was your thing?
My first agency was back in 2003 and they focused on financial services and credit unions. I loved what we offered, but six months later, we went through a 20% layoff. Soon afterward, I went into pharmaceutical marketing and it was more of the same, but the work and the process were amazing. I may be independent now, but I am always looking to gain that next big project.

If you could choose one food to eat for rest of your life, what would it be and why?
Ronzoni Tubettinis with Country Crock Spread and McCormick’s Lemon Pepper. I grew up on having a small bowl of Ancini Pepe a couple times a week when I came home from elementary school, and my version is my absolute favorite comfort food.

What’s your greatest fear?
Drowning, followed by falling off a high place.  This is why I am not a diver in the air or the sea.

What’s your favorite movie and why?
Arsenic and Old Lace. Carey Grant was amazing. The amount of movement, the small intricate detail, and the comedic timing is wonderful. Watch it in black & white for the full effect.

What’s your favorite book and why?
John Maxwell’s “Failing Forward” has been a foundation for me. Life and career is a constant management of ups and downs, as well as taking risks. This book always helps me get up and break through the walls.

What’s your favorite song and why?
The toughest question yet. There are so many songs I love, but to boil down to one, it would be Boston’s “Peace of Mind.” Simply, life is a journey, not a race, and most of what we do is not really that important.

Have you ever been caught singing in the car? What happened?
Always. I get looked at or get yelled at by the passengers. When I take my kids to our meeting point with their mom. we have 2.5 hours in the car. We start every trip with”It’s Raining Tacos” and sing at the top of our lungs.

What’s your idea of happiness?
I am finding a theme here. Just having peace of mind…and all of the work around the house getting done would help.

What three songs would be on the soundtrack of your life?
Well, “Peace of Mind” is already there so I am not including that one. So John Fogerty’s “Centerfield” as I am a huge baseball fan (Go Mets and Red Wings), Chic “Good Times” as I used to roller skate a ton, so it was always being played, and on a somber note, “The Living Years” by Mike + The Mechanics in memory of my father and brother. Fortunately, I have no regrets.

What do you do if you “run out” of ideas?
Grab a guitar, put on a ton of distortion and flange. If my hands’ aren’t working, I put on studio headphones and choose an interesting mix on Spotify.

What advice would you give someone who is thinking about getting into advertising?
Realize that the risk is high (layoffs, clients, crazy hours and deadlines), but the reward and satisfaction you receive when you roll out the creative is amazing. With the world of analytics now involved, joy can be lost in the numbers. In the end, what keeps you going is passion and perseverance.

Did you ever pursue other career paths?
I was going to be a lawyer, but I literally woke up one day in August 1989, weeks before my senior year in college and did not want to go. My goal from there was to work on Capitol Hill as a legislative aide. After a ton of campaigns, it led me to marketing and I would not change it. In 1991, due to a professional friend, I was being recruited on a several-time-a-week basis to work for Bill Clinton. The person recruiting me as George Stephanopolous. Oops, missed an opportunity.

What would adult you tell a child you about growing up?
Do not let others step all over you, show complete respect to everyone and never judge.

What’s an idea you had or project you’ve worked on that didn’t make the cut, but you hold dear to your heart?
So many great ideas have been trashed through the years or were mishandled. I cannot disclose the client but we were working on a therapeutic family of women’s health products. The company received an FDA letter regarding “overpromising” the drug’s effectiveness. Due to literally balloons being cut out of layers of Photoshop files, a full series of digital eCRM programs to patients were tossed.

What do you think the Rochester ad scene needs?
At this point, I am networking to create a strong network of creatives since I have many contacts in NYC, NJ, and Philly. I think if we focus on collaborating better, that would be the most effective. The money that is spent from Washington, DC to Boston, MA could be realigned to the Rochester creative community.

Who inspires you locally?
Scott Hetsko and Dan Mason. I was in Strong for open-heart surgery in 2015 and I was told by my wife that Scott was on the floor as well. We respected his privacy, but I appreciate how he is not only a supporter of the American Heart Association and organ donation, but more so the dedication to his family.

Dan Mason of the Red Wings is a great marketing leader and is willing put himself out there. Also, it appears his family is committed to Rochester, so I cannot wait for the day my Mets will try to come in and hire him.

Is there a place you like to go in Rochester to clear your mind and inspire you?
I love being near water. I grew up on the Jersey Shore, so that is where I get my affinity for it. You will find me by Lake Ontario, near the Genesee River and since I live near Canandaigua Lake, I am there quite often. 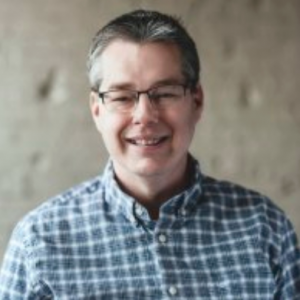