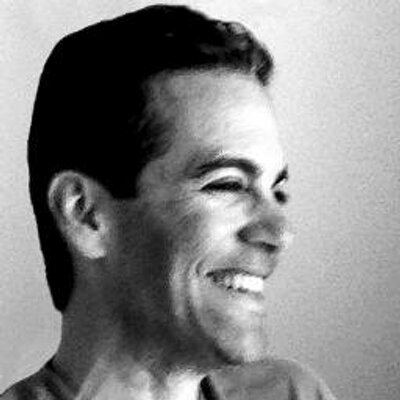 David is a freelance copywriter, creative director, and marketing strategist—but he’ll tell you that 99% of the time people pay him to write things that help them sell stuff. Since beginning his career in 1988, David’s objective has been to help companies communicate more effectively with their prospects, customers and employees. Drawing from his experience as a leader on the account service and creative sides of advertising agencies and as a director of corporate marketing, he successfully balances the needs of individuals and the organization to create highly effective marketing communications.

What has been your favorite project you worked on in the last 12 months?
Last year I did some videos for Catholic Family Center. through their agency (Sundance Marketing). When we finished, the director (Martin Leary of AdHouse Productions) and another production company we had been working with (Crystal Pix) started talking. We realized Catholic Family Center’s refugee program was going to suffer with the current political climate in Washington so we offered to donate all our time and create refugee-specific materials that would help raise funds and awareness for refugee resettlement here in Rochester. Talking to a dozen individuals and hearing their stories first hand was really moving. The finished work can be seen at seetheirstories.org.

What is on your to-do list right now?
Right now, I’m working on year-end projects for Tompkins Financial with Nagel & Summers, I do monthly videos for Vanderstyne Toyota with Sundance Marketing and a case study or two for Rochester Software Associates and Strategic Interests.

If you could have anyone’s job in the United States who would it be?
I’d like Neal Young’s gig. Write music when I want. Entertain thousands when I want. Produce other people when I want. But I wouldn’t want his job without his talent.

What do you see yourself doing in 5 years?
5 years? You’ll find me right where I am. I like what I do a lot. 10 years? I may be doing it for fewer people and from further away. But I bet I’ll still be writing.

If you could make any broad change in the advertising industry, what would it be?
I really don’t think that way. Advertising as an industry, a service, and a product changes every day based on business, culture and technology. I don’t try to change it. I just try to ride it.

Who is your favorite brand as it relates to advertising?
Oakley and Harley Davidson. Both brands I choose and consistently respond to and I respect their writing. “Thermonuclear Protection” is my favorite tag of all time. Two words carry just the right attitude and benefit. And when I saw “You bought a Harley; Keep it a Harley” on the shop wall of my dealership behind the parts counter, I realized how well they understood the life line of their brand.

Name someone who inspires you?
I’m still inspired by my first boss, Ted Crouch. He never started writing until he was sure he understood exactly what he was selling to whom, and why they should care. Then he wrote in way that was clear as hell, and you knew he wrote it. It couldn’t have been written by someone else.

How did you get started in this business?
I was raised by a freelance advertising photographer. All I did was change the last word in that sentence.

What was your favorite project in high school or college?
I wrote a paper about Anthony Burgess’ A Clockwork Orange in AP English at Brighton high school. I wanted it to include a lot of the slang he invented, so I had to reverse engineer a workable glossary using the one he included in the back of the book. Totally worth it in the end. 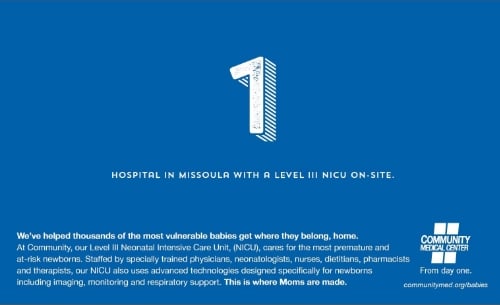 Favorite Cocktail or thing to drink?
Bourbon…one or two rocks.

Where do you look for inspiration?
I go to an open mic poetry reading once a month at Equal Grounds coffee house. Those people inspire me to create more than anything in my life.

If you were stranded on a deserted island, what would you want to have with you and why?
Insulin. I’ll need to eat at some point.

Have you ever thought, “advertising might not be for me anymore?”
Not seriously. At first, I went back and forth between Account Service and Creative, but I always knew this was the industry for me.

What’s the biggest professional challenge you’ve faced in the last year? How did you overcome it?
I’ve dealt with Diabetes and MS my whole career, always found a way to work them into my workday. But this year I needed a surgery for kidney cancer that took me away from my desk for over a month. I just communicated ahead of time with those who needed to know. Not at all with those who didn’t. Found alternative writers for clients who might be put out. And got back to work as fast as I could. Gotta say…it worked out fine for everyone.

When did you decide advertising was your thing?
Are you kidding? When I found out I could get paid to write in my native tongue all day. Sign me up.

What’s your greatest fear?
My first boss used to laugh and tell me David Ogilvy has a sentence taped to the wall above his typewriter that said, “today is the day I’ll fail.” There is nothing funny about that.

What’s your favorite movie and why?
Ordinary People. I love how hard Conrad works at being understood and understanding himself. And how it’s worth it in the end.

What’s your favorite book and why?
Kurt Vonnegut’s Mother Night. Uses humor to show us how ridiculous our lives really are but also what we’re capable of doing for and to each other along the way.

What’s your favorite song and why?
The Fuse by Jackson Browne. It beautiful, haunting and meaningful. But I’ve never been able to really figure out what it means.

Have you ever been caught singing in the car? What happened?
I sing in my car every day.

What’s your idea of happiness?
Lately, it’s happy hour with my wife talking about our boys.

If you could choose one food to eat for rest of your life, what would it be and why?
Easy. Guacamole. I wrote a poem about it this year.

What three songs would be on the soundtrack of your life?
David Bowie “Heroes.” Bruce Springsteen “Point Blank.” Neal Young “Old Man.”

What do you do if you “run out” of ideas?
Reread the brief. Think more like the audience.

What advice would you give someone who is thinking about getting into advertising?
Never stop asking “stupid” questions. Great work is done by people willing to be vulnerable first.

Did you ever pursue other career paths?
I currently manage an ongoing software project. It’s not communications, but the work I’ve done in account service and project management comes into play. And I’ve written enough about technology before, I’m not totally lost all the time.

What would adult you tell child you about growing up?
No one knows what they’re doing. Everyone is faking it. Be more confident.

What’s an idea you had or project you’ve worked on that didn’t make the cut, but you hold dear to your heart?
I worked on a ridiculous project for Polaroid that failed miserably. Mostly failed for Polaroid, everybody else got paid. I met some of my favorite people on that project.

What do you think the Rochester ad scene needs?
I think we’re all set. RAF. Causewave. We have a thriving “scene.”

Who inspires you locally?
Motorcycling the Finger Lakes and bicycling the Canal. I love where I live. I’m even willing to Snowshoe Mendon Ponds. 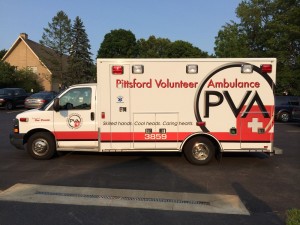